Entertainment is half the battle 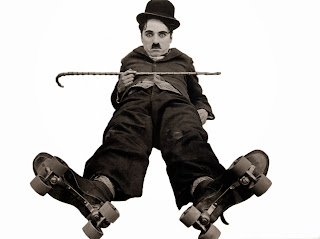 These commercials by Ogilvy Paris for Louis Vuitton, borrowed interest aside, are unbelievably entertaining. Only a handful of other commercials have engaged me so grippingly, but does this make them good pieces of advertising?

The collaboration between Yasiin Bey (the artist formally known as Mos Def) and the poetic smack talk of Mohammad Ali are scintillating. And yeah, some other guy with a broom.

These two self-proclaimed films were released on the Internet and seeded through social networks. They’re part of a bigger campaign for LV named ‘Core Values’, which revolves around ‘journeys’.

Attempting to backwards engineer the path to this idea; I think it would have gone something like: LV sells luggage, people use luggage when they travel, lets tap into the journey metaphor, and then they ended up with Mohammad Ali's life journey. Or, maybe I'm over thinking it and it was simply a classic 'if you've got nothing to say then dress it up' execution.

But what was Ogilvy and LV trying to achieve with them?

Being purely entertaining, for mine, makes you half way there to creating a brilliant piece of advertising.  This is true because the more entertaining an ad is the more likely the audience is going to remember it.

But this is my problem; I find them to be great films (ignoring the dude with the broom), but subpar pieces of advertising.

There’s nothing in the films that says Louis Vuitton. They simply don’t own it. So when the ad is remembered for its entertainment value, it’s sadly not going to be remembered with the brand.

It seems Ogilvy kind of knew this, and that would be the reason why the LV logo sits in the bottom right corner for the duration of the films. Unfortunately this band-aid solution has been tested, and there's little evidence that it's effective (Romaniuk, 2009).

Making an ad entertaining is only half the battle. The content and message need to be relevant to the brand, otherwise, even if it's the most entertaining work ever created, it's not doing its job. So, to win the war, the trick is to make our commercials not only entertaining, but to make them relevantly entertaining.