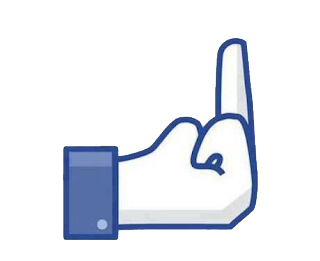 I was freelancing at a social media agency recently, and the job included writing Facebook and Twitter updates for a few big brands. The experience has led me to two conclusions:

1. Social Media is a very powerful research tool.
2. Social media cannot be used to launch or grow a brand.

Why? The simple answer is: To grow a brand you need to reach buyers that aren't yet consumers of your brand. Stealing them from your competition basically.
The action of 'liking' a brand on Facebook would follow buying the brand in real life (Attitude follows behaviour). That means the individuals interacting with your brand on social media are already buyers of your brand!

The implications of this are huge.

It actually makes a helluva lot more sense to post information about your brand on your competitor's page. That way you're reaching potential buyers, not existing ones.

It takes a special kind of person to be 'friends' with a brand. Social media skews towards people who are loyal heavier buyers (Creamer 2012). Which simply means with social media:

You're preaching to the choir!

It's the equivalent of going to a Collingwood game and asking someone wearing black and white, sitting in the member's section, if they'd like to buy a Collingwood membership. It sounds dumb, but this is the limitation of social media.

In the same situation, wouldn't it be more valuable to ask the same person what they thought about their current membership? Do you like your seats? Or who's your favourite player? Herein lies the power of using social media as a research channel. (And why it should come out of our client's research budget and not advertising) 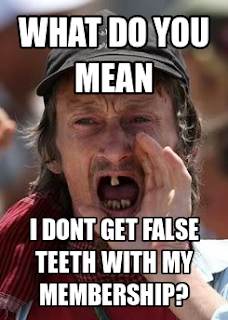 The social media snake oil peddlers will jump on their soapboxes and sanctimoniously announce that they've harnessed the illusive power of word of mouth.

This sounds freaking amazing! You can see how any marketing manager would love the sound of it, but it's just not a reflection of reality.

People may talk about brands on Facebook, but the conversation definitely didn't begin there. The conversation more likely begun when someone saw an engaging TVC with content that stuck with them - taking us full circle back to good ol' fashion traditional media as the genuine spark to flame a word of mouth epidemic.

Another claim by social media experts is its ability to encourage more frequent buying, which, of course, will positively affect the brand's bottom line. Let's consider this for a moment.

If it's your heavy loyal buyers you talk to on social media, and then you run an exclusive promotion, or even a memory-refreshing brand campaign, communicated only using social media channels, what can you achieve?

Well, not much, because the people you are reaching with these messages were already heavy loyal buyers to begin with (They had to be otherwise they wouldn't be friends with you on Facebook). They already know about your brand, and they were already going to buy it.

I've been at an agency, as would have you, which ran a whole campaign, for an FMCG brand, through social media. No above the line at all - not even on packaging. Even if it was successful it's hard to understand what it achieved.

But, if you're like the social media agency I was at recently, then there's still hope that social media channels will be used smartly.

If social media experts continue to promise the world and deliver Geelong, then as soon as clients realise that it's not the cure-all it claims to be, the bubble's going to burst. 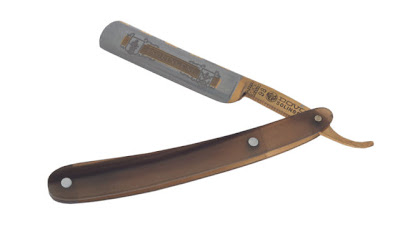 Introducing Occam's razor.
It slices. It dices. It littles. It whittles. It trims. It slims
It's something no creative’s toolbox should be without.
Occam’s razor has been purposely designed to help execute your advertising.
Any unneccesary parts, Chop! And they’re gone.
That’s the point of Occam’s razor.
It'll slice through your print ads like a suit in a brainstorming session.
It goes through TV storyboards like a client at a creative review.
Your radio scripts will never run long again!
Occam’s razor is so sharp, even your creative director will approve.
Yes one razor can do all this.
But wait there's more.
Do you need a tool that’s strong enough to cut through client amendments?
Or maybe you're looking for that edge that'll help you win awards?
Occam’s razor is for you.
So if you want to create beautifully simple, award-winning advertising.
Start using Occam’s razor today.
Plus, order in the next 10 minutes and we'll throw in a set of Occam steak knives. specially designed for your account service's team to cut out the useless drivel from their briefs, free.
What are you waiting for? Order now.

Occam's Razor has been used by scientists for centuries, but when you take a look at it, it's as though it has been custom made to help creatives in the advertising industry.

Occam's razor is a principle of parsimony, economy, or succinctness used in logic and problem-solving. It states that among competing hypotheses, the hypothesis with the fewest assumptions should be selected. (Wikipedia, 2013)

Put another way, the simplest solution should always be chosen.

"In writing, you must kill your darlings" said William Faulkner. And Occam's razor appears to be the perfect murder weapon.

One of the hardest things for a creative to do, when they're neck deep in ideas and alternative ways of executing them, is stay objective.

For a writer when you're in the zone and eloquent prose is flowing through you, it's easy to become verbose and forget you're writing advertising copy. Occam's razor can fix that.

For a designer and art director, the same can be said for making your visuals a bit overwrought. Occam's razor again can help.

Occam's razor is the weapon we can use to kill our darlings. It can aid us in discovering the simplest executions for our ideas, which, according to the theory and all of my creative directors, is the best way to go.

So, when you're executing your next ad, remember to apply Occam's Razor. It'll help you identify and then kill any superfluos elements. Leaving you with an uncluttered, single minded advert.

Posted by Christopher Ott at 15:00 No comments:

‘Content is king’. It’s a bit cliché now, but truer words have never been spoken in the Land of Ad.

Content’s supreme rule reveals a maturation of our industry, but it’s nothing new. Storytellers have shaped content since the beginning of time to affect behaviour and teach their audiences how to act.

For a long time advertising had a deservedly bad reputation. If an advert didn't include a head-jamming jingle, then it was probably trying to guilt you into buying things.

Buy this mouthwash or you'll have bad breath and no friends. Buy this car or your neighbour will think you're a communist. Buy this baby food or you'll be a bad mother.

It was evil manipulative stuff. The sad thing is that we still see these degenerate ads pollute our lives today.

Luckily, they're becoming increasingly rare, and we've moved on to content driven ads that engage, inspire and entertain our audiences.

But why have we crowned content as our king? The simple answer is: Because content is the vehicle that we use to evoke emotion.

Make them laugh, make them cry. This is your bread and butter as a creative. This is the product your agency sells to its clients. This is the power you have at your fingertips. It’s what should stir your creative soul and get you excited. It has the ability to radically change the world. BAM!

So, why do we go out of our way to create advertising with content that evokes emotion? Surely not for some douchey Kevin Roberts-esque reasons like love, deeper connections, or stronger relationships, right?

Well kind of, but that waxing lyrical language only works like a Jedi mind trick. It may satisfy some weak-minded marketing manager, who’s distracted by a free lunch and your shiny boardroom. But, more likely than not, when they go back to their hard-nosed decision makers – they’ll get laughed out the room.

We actually do it because it’s a bloody effective way for your brand or message to be remembered. And not remembered by using ugly tactics like jingles or guilt that only result in your brand being disliked, but with stories that make the brand not simply remembered but likeable.

I've worked on a client that always received exceptional results in the research with its awareness metrics, but when we dug a little deeper it turned out it was being remembered for all the wrong things.

Enter the power of storytelling. Storytellers, for time immemorial, have implanted emotion into fables, nursery rhymes, legends, myths and parables. They weren’t doing it to try and sell more widgets. They absolutely needed their audience to remember their stories as a matter of life or death.

So, in a sense, Kevin Roberts is right, we are actually building deeper connections with our audiences, but not like a father son fishing trip, or a romantic getaway with your wife, rather the nodes in your brain, through emotional content, are being wired to create memory structures. Resulting in easy retrieval the next time you are looking to buy.

Posted by Christopher Ott at 13:20 No comments: