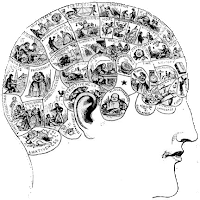 We've finally emerged from the dark ages of advertising. A few stragglers (Seth Godin, Kevin Roberts et al.) aside, we're all now fairly comfortable in our understanding that advertising is principally the art of memory building.

This post is going to explore how it works.

You know Pavlov's dog? Or in Zoolander, when Derek hears the song 'Relax' how it triggers an involuntary reflex to murder the President of Micronesia? Hebb's rule is that, and despite being a much weaker force, it's basically how advertising works.


But instead of creating cues that result in your audience wanting to assassinate an imaginary leader, you simply want to develop clusters of memory structures that trigger memories of your brand in a buying situation.

So next time I'm out for a beer, and I'm standing in front of the beer taps at my local PUB, I will be able to recall Carlton Draught easily and probably order it - Thanks to the advertising.

This is why award-winning ads invariably happen in the "closed world" (Goldenberg et al., 2009) of the brand. Because the "closed world" provides the most relevant links with the brand and its associations (Eg. The closed world of Carlton Draught includes: Pub, pint glass, beer taps, bar top, bartender etc).

Here's a new ad done by the same agency for the same client that doesn't take into account Hebb's rule (And consequently won't achieve much).

Instead of aiming to develop or refresh any memory structures, the advertisement mistakenly attempts to sell the audience on a rational message.

In advertising, you get a fleeting moment to get your brand into your audience's heads in a way that makes it as easy as possible for them to remember when it counts - in a buying situation.

Understanding how it works will be invaluable in helping you create better ads that have a higher likelihood of working (And winning awards).

"Educating is not the filling of a pail but the lighting of a FIRE."

Williams Butler Yeats said that, but I bet he never realised just how close to the truth he was. Because, as we now know...

What FIRES together, wires together.