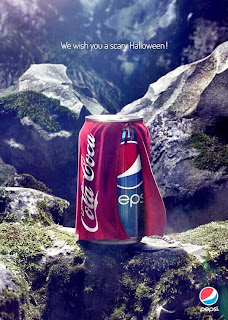 Take a look at this advert. Can you spot what's wrong with it?

Nothing if it was a Coke ad, but unfortunately Pepsi has spent its advertising dollars to increase the exposure of its fiercest rival, again.

Things have to be seen to be remembered. So, if advertising is about memory building, then using your marketing budget to put your competition's brand in front of your category's eye-balls is simply ridiculous.

If anything, this advert only serves to prove the strength of Coke's branding, because, if you notice, it doesn't even spell Coca-Cola correctly. It doesn't need to.

Pepsi has perennially ignored the development of their distinctive assets, proving they have a destructive disregard for memory building. Coke, as you can see, has done the opposite. 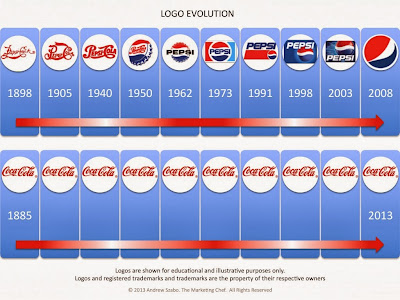 This Pepsi vs. Coke battle is a clash of advertising philosophies. Differentiation vs distinction. Persuasion vs. memory building. Philip Kotler vs. Byron Sharp.

If you aren't sold on which direction you should take your brand's communications, simply look at the Coke Pepsi battleground.

Pepsi has demonstrated its ignorance before. Look at their Christmas advert from a few years ago.


What are they hoping to achieve by making ads that showcase their competition?

Pepsi are second for a reason (Actually, they aren't even second anymore - Diet Coke has overtaken them).

They have basically provided you with a 'how-not-to guide'. By ignoring its own distinctiveness and spending its own money to increase the reach of their competition's brand, they see themselves losing market share year after year after year.

Coke has won the battle of the soft drink category. This is in part thanks to Pepsi making the same foolish mistakes over and over. Albert Einstein is quoted as saying "Insanity is doing the same thing over and over again and expecting different results."

These aren't corner chip shops we're talking about. This frivolous mistake is being made by the biggest brands in the world. So, tell me, when is this insanity going to stop?