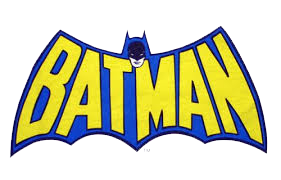 What do the following movies have in common: Harry Potter, Iron Man, Transformers, Lord of the Rings, James Bond, Pirates of the Caribbean, Avatar, The Avengers and Batman The Dark Knight? There's two things actually. Did you pick them?

1. They're nine of the top ten highest grossing films of all time;
2. They all have (or will have) sequels.

Next question: over the last couple of years what has been the most memorable Australian TV commercial? I'll give you a hint...

When you're conceiving your next campaign, make it a sequel. You already know that advertising is chiefly concerned with memory, and that's why consistency is key. A consistent tone, message and design are all done to quickly refresh your audience's memory of your brand.

The more established all these elements are the faster your audience will process that it's you, and the longer they'll have to absorb the advertisement (and message) as yours.


So why don't we see more sequels in advertising? It makes sense, doesn't it? If you're trying to stay consistent then you can't get any more consistent than a sequel.

It's a lot easier to refresh memory than to build it.

But it's not simply for branding that makes sequels superior to tactical stand-alone ads. It's that humans are hardwired for story. Good storytelling will always have people coming back for more (to see how their favourite characters deal with the next drama).

Sequels give the writer freedom, and the audience excitement. Sequels build momentum. They create talkability. And done right, you have your audience anticipating the next episode.

Nine out of the top ten highest grossing movies of all time are sequels. Hollywood can't be wrong.

(The missing movie is Titanic. But, who knows, now that Clive Palmer is re-building it, maybe we'll get a sequel in the coming years -  John Goodman playing Clive and all.)

But if it's so obvious that sequels are effective then why do, we, creatives have this irrational compulsion to constantly change the creative on every brief we get?

It probably has a lot to do with our egos. We naturally think our ideas are better than other people's. We just can't escape this natural narcissism. And we simply don't want to work with another creative's ideas. It's like Dan Ariely's toothbrush theory:

Plus, we kind of feel like phoneys (or lazy) if we do 'more of the same' of our own work, or 'recycle' other people's work. So we stupidly throw the baby out with the bathwater.

If you had half the success of the Rhonda series you could retire happy. We need to follow Hollywood's lead and start making more sequels. Do you think anyone considers Christopher Nolan a hack because Batman had already been done? Holy horseshoe no Batman!

Sequels let you harness the power of familiarity, and they give you the freedom to tell a more complex story (not just the buzz word). So, when you get your next brief see if you can make it into a sequel, and if not then start one.

Posted by Christopher Ott at 09:15